Rick Lee James and the Influence of Rich Mullins 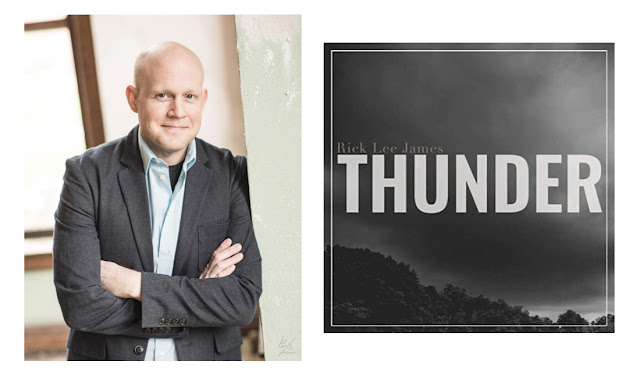 This episode features a conversation with Rick Lee James, a singer-songwriter and recording artist from Ohio. In 2019 he was given the opportunity to record the Rich Mullins song "Thunder," which was written in the early part of his career and was later re-written by Lowell Alexander and Phil Naish. James put the song on his latest album, which he also named Thunder, a heartfelt collection of modern hymns and narrative songs. The interview goes into the meaning of the song, the recording process, the touching moment when he was first introduced to Mullins's music, and the influence he has had on his life. You can discover more of James's music at his website: https://www.rickleejames.com/ or purchase physical copies of it in his Bandcamp store: https://rickleejames.bandcamp.com/ His music is also available on all streaming platforms.

Rick is a prolific podcaster on his own, producing both Voices in My Head and Welcome to the Neighborhood, a Mister Rogers tribute podcast. You can listen to our interview here, or subscribe wherever you listen to podcasts:

This episode also features Joe and Chris discussing a couple of Rich Mullins related news items. First, Joe was excited to announce that he's releasing a previously unheard Rich Mullins concert: "Live at the Bronco Bowl in Dallas Texas, March 14, 1992," which was a historic night in the history of the Ragamuffin Band. From the Archive:

4 members of the future Ragamuffin Band played on the bill for the very first time— Rick Elias opened the show with Mark Robertson playing bass in his band, while Rich Mullins & Jimmy Abegg played together during Rich's set. This also happens to be the night that Mark Robertson & Rich Mullins met each other for the first time.

This show was recorded by Rick Starr, who has donated the recording to Ragamuffin Archive. The cassette tape was digitized by Andrew Montonera. Special thanks to both Rick & Andrew for helping to make this concert available for the first time ever!
Next, Joe and Chris discuss the two episodes of the True Tunes podcast which features an unearthed Rich Mullins interview and more recent interviews with the Ragamuffins, Mitch McVicker, and Phil Madeira. John Joseph Thompson has put together a couple hours of great Mullins material, and the interview with him features some of the most candid moments we've ever heard:
Finally, we wanted to share with you the early version of "Thunder" you heard during the episode. It features Tom Weimer on vocals, who was in Mullins' band Zion:
at March 19, 2021 No comments: